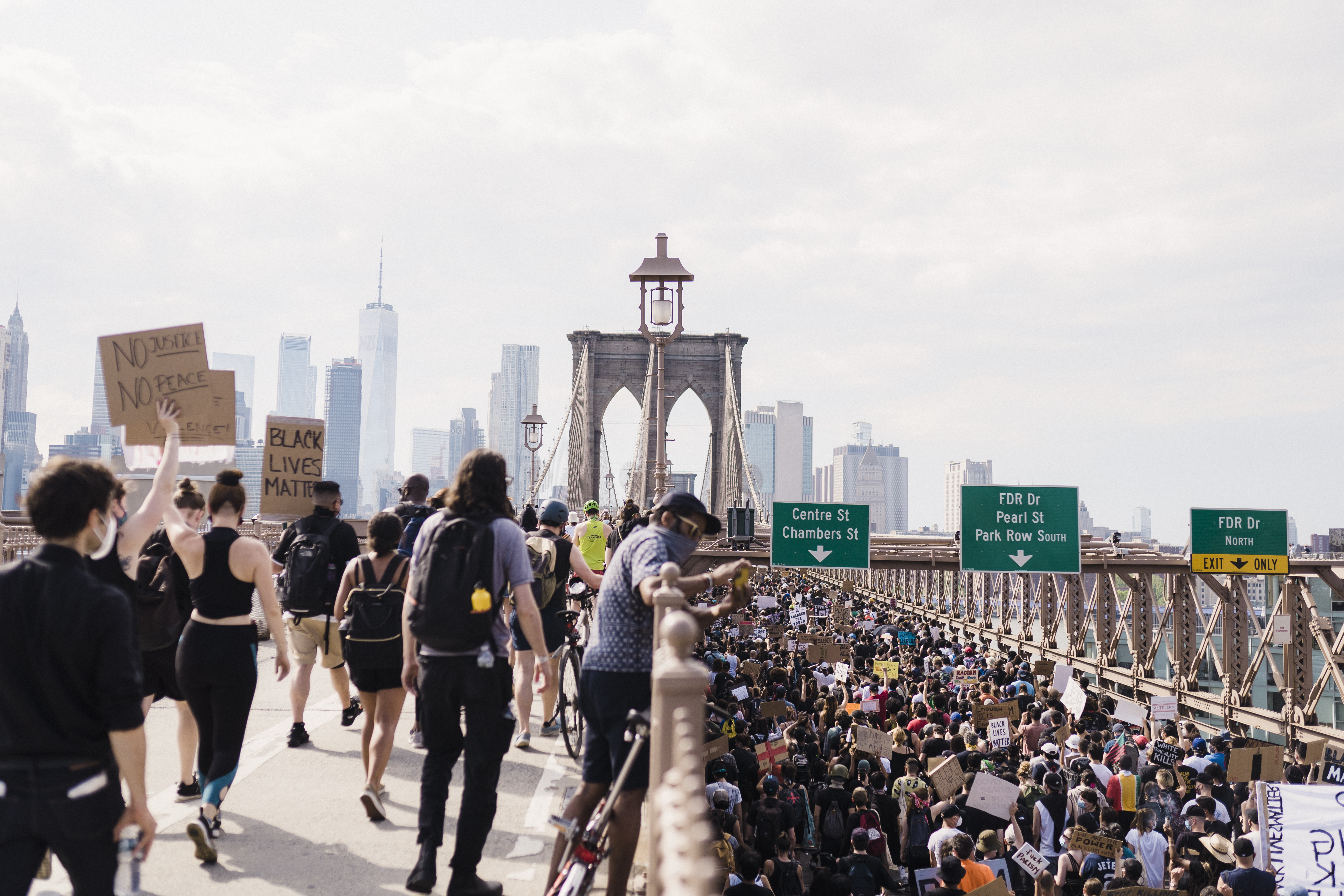 My day at the exclusive Sloan Estate Winery:

On a nice Friday morning, the sun was shining bright, there were some cumulus clouds and a light breeze. I started my usual day trip in Napa Valley, but this one was unlike any other. This is the mysterious Sloan Estate, it has always been that way since its inception, private and exclusive, not open to the public for tours or testing. Only your members can access your website and your published address is a PO Box number. It defines Swanky and it certainly is.

After several emails and phone conversations with Marsha Chandler, Guest Relations Manager, Martha McClellan, Winemaker, and Stuart Sloan, Owner, an arrangement was made for us to have a tasting/tour of the Sloan Estate. Martha emailed me directions and we were on our way. She emphasized how difficult it is to get to Sloan Estate, looking at the map and reading the directions I found it manageable as I am so familiar with Napa Valley I was wrong.

The Sloan Estate is located in a very secluded part of Napa, tucked away off the beaten track. We drove slowly and carefully up a gentle hill, through some narrow roads that were difficult to navigate, especially when another car was coming from the opposite direction. We navigate our way to the farm. I first learned about Sloan Proprietary Red when Robert Parker, Jr. gave it a perfect score of 100 for the 2002 vintage. Sloan Estate shares the same level as some of the best wineries in the world on the list of 100 wines. with a perfect score by Robert Parker Jr. This list includes, but is not limited to, the Bordeaux powerhouses of France; Chateau Lafite, Chateau Haut Brion, Chateau Latour, Chateau Mouton-Rothschild, and Chateau Margaux, which are the full representation of Premier Cru. An impressive company of who’s who in the world of wine.

The property was purchased in the mid-1990s by: Stuart Sloan, a Seattle businessman who had the knack and reputation for taking small businesses and transforming them into giant entities. His track record has been tested and documented by both Wall Street and Main Street. There was no doubt that Sloan would achieve her ultimate goal of making a great Bordeaux-style wine sooner or later. After all, when you start an adventure surrounding yourself with the best talent and the best location, you are bound to succeed. Stuart Sloan had the vision and experience to lead a talented team in his new place of business. It was amazing how quickly he was able to achieve his desire to produce a world class wine, a perfect 100 point rating from RP. The Sloan team is made up of dedicated individuals, Consulting Winemaker Michel Rolland, David Abreu, Vineyard Manager/Viticulturist, and Martha McClellan as Winemaker.

Martha McClellan was a winemaker for the Harlan Estate before joining Sloan. She lived in Germany for 10 years, while studying and graduating in oenology and viticulture. She is an avid marathon runner, although small in stature she is an achiever, motivated and thrives on perfection. It took her a little while to get used to us and get comfortable in our conversation, but when she did, she was charming, passionate, and eloquent.

We arrived at the Sloan Estate passing through a locked double-bar iron gate, at the touch of a button the gates swung open. We drove up the winding road through the well-kept property. Approaching a traditional French Chateau-style building, adorned with an elegant ivy-covered tower that overlooked the vineyard. Martha greeted us cordially on the gravel driveway where she led us into the English mansion’s garden abounding in vibrantly colored roses, which was beautifully manicured and meticulously maintained with hedges.

We were in the garden for about 15 minutes. talking about Martha’s winemaking philosophy. She is motivated by personal pride and driven by perfection. I was able to feel her passion for wine making and doing what she truly loves! She led us into the cellar through beautiful thick, heavy wooden doors, into the fermentation room that was lined with stainless steel tanks. These tanks are being replaced with more sophisticated technology, a temperature/humidity control system has been installed to assist during fermentation. We walked over to a small touch screen panel hanging on the wall, Martha demonstrated how she can control and maintain the various zones of the cave for temperature and humidity by venting airflow electronically from this panel. We continued down a corridor where all the walls and ceilings were lined with used European bricks imported from Austria during the construction phase of the cave which was completed in 2002. We reached the chamber where French barrels lined the cave walls and They housed the grape juice in the middle of a long journey (aged for 24 months in new oak barrels before bottling) to reach the delicate and gradual maturation process. They are the molecular changes that are known to develop and that involve the gradual interaction of oxygen and wine. Simple chemical compounds break down and recombine into more complex forms called polymeric phenols. Acidity and alcohol soften.

The larger compounds, the harsh and astringent tannins, slide down a carpet of sediment, taking the dark, saturated pigments with them. They leave behind a smooth, unfathomably subtle flavor and a brick-red hue. Everything is intertwined, resolving into an ever finer complexity expressed fragrantly in the bouquet of the wine. But it doesn’t start there, it starts early in the vineyard, with careful pruning, calculated fruit drop by bunch position, then harvesting according to Brix count and fruit tasting, and finally hand-picking. fruits to select the best. There is no fruit crushing at Sloan, then the selected berries are placed in fermentation tanks for approximately 60 days. During this period, the juice is extracted from the fruit mainly by gravity and the sheer pressure of their own weight one on top of the other in stainless steel tanks of approximately 2 tons capacity. This is a time- and labor-intensive method of operation, during which the juice must be constantly monitored and attended to. At the end of fermentation, the premature wine is placed in new French oak barrels to begin the evolutionary process of maturity, as if it were a fetus in the womb of a mother, it is a living organism in constant change, growth, construction of structure and complexity. After bottling, the wine is aged for a further 12 months before being released onto the market. Sloan produces two labels; its flagship is Sloan Proprietary Red and the other is the Asterisk label. Both are in the classic Bordeaux style. It is a careful blend of some Bordeaux varieties and is produced in very limited quantities (less than 500 Cs. per year).

We tasted the 2006 vintage of Sloan Proprietary Red: Massive like a gentle giant, extraordinary nose like crystallized violets with deep dark purple color, rich dark fruits, blueberries, blackberries, roasted coffee notes intertwined with subtle smoky oak and lots of spices. Intense, complex, well balanced with a long lingering finish, I predict this wine will peak after 15-20 years and remain on that plateau for another 10-15 years before declining. If you’re not a member of Sloan’s mailing list, which is currently closed, but you can join their waiting list by visiting their website, you won’t find their wines easily accessible. The most likely place you’ll experience a taste of Sloan’s Proprietary Red is in a fine restaurant or in one of the rarest luxury wine libraries in the country. I was very impressed with how meticulous and well cared for the Sloan Estate was from the vineyard to the cellar. In my opinion, Sloan started her adventure with a great performance from the beginning. After all, it’s easier to get to the top than to keep it. By visiting and experiencing firsthand how Sloan operates their farm under strict measures of high quality standards, I have no doubt that they are on the right path to continued greatness. Here at Sloan The Grape is King and wine rules. You’ll be pleased to hear that we were able to negotiate an allowance for our Sloan Proprietary Red members, beginning with their next release. We will announce it as soon as it is available. I am sure you will appreciate the possession of this trophy wine.

Until next time,
Health!